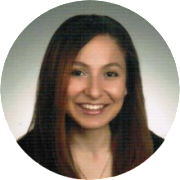 In 2013, she got PhD degree from Gaziosmanpaşa University Institude of Science. And now, she continues her academic career in 2020, with the title of associate professor in mathematics, received by the interuniversity board, as the head of the topology department in the department of topology at the Department of Mathematics of the Faculty of Science of Amasya University.

Her reseach interests are in the areas of soft set and its applications, soft topology, bitopology, soft bitopology and general topological structures.

Dr. Güzide Şenel believes intelligence of IQ and EQ could be used with the development together, has tried to improve herself also in the field of literature.

She took many awards. First and foremost awards in science are:

The most important awards in the field of literature are:

She got certification from 120 hours of Sign Language Course held by Amasya University and Turkish Ministry of National Education and Lifelong Learning  (20th October-2nd December, 2014).